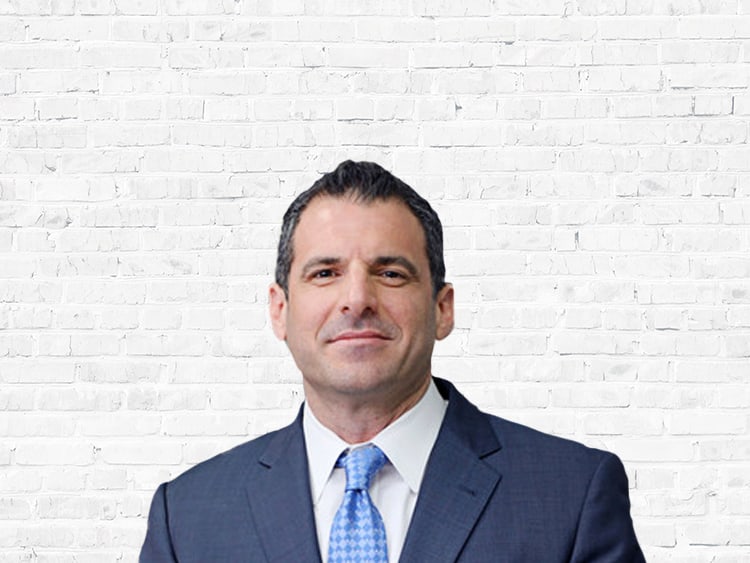 COVID-19 UPDATE: The Law Offices of Evan M. Rosen remains open to help clients defend against foreclosure, fight improper debt collection, and seek justice for their injuries. We are working remotely and can be reached by phone, e-mail, chat, contact form, and video conference. Click here for the latest updates on how COVID-19 is impacting the law.

Super Lawyers is a rating service of outstanding lawyers from more than 70 practice areas who have attained a high-degree of peer recognition and professional achievement. The patented selection process includes independent research, peer nominations and peer evaluations.

Super Lawyers Magazine features the list and profiles of selected attorneys and is distributed to attorneys in the state or region and the ABA-accredited law school libraries. Super Lawyers is also published as a special section in leading city and regional magazines across the country. Lawyers are selected to a Super Lawyers list in all 50 states and Washington, D.C.

END_OF_DOCUMENT_TOKEN_TO_BE_REPLACED

We lost a trial in January of 2015 even though I thought we had a very clear winnable issue based on the “best evidence rule.” This rule is a fairly small body of law but it seems many lawyers and judges struggle to fully comprehend what it means and how it gets applied. In this case, the trial judge gave us ample time and consideration to make our argument. However, he ultimately did not agree with our position and entered final judgment against our clients. We appealed and the Fourth District Court of Appeal of Florida agreed with us. JUDGMENT REVERSED! CASE DISMISSED!

END_OF_DOCUMENT_TOKEN_TO_BE_REPLACED

On or about March 13, 2009, our client, Mr. Julian Garvin, was called to active duty by the United States Army for one year, to begin on March 22, 2009. On March 26, 2009, he informed his mortgage servicer, JPMorgan Chase Bank, N.A., that he had been called to serve. Mr. Garvin provided a copy of his deployment order and asked them to reduce his interest rate, as required by federal law. No such adjustments were made. While on active duty, and for 11 months after his return, Mr. Garvin continued to make his full monthly payments. Then, at the peak of the crisis, he was unable to continue to pay.

On November 14, 2012, ALS-RVC, LLC, the entity claiming the right to foreclose, filed suit. The case went to trial and was involuntary dismissed, in part, because of ALS-RVC’s failure to adjust the interest rate as required by the Servicemember Civil Relief Act (SCRA). 50 U.S.C.A §3937. ALS-RVC appeals. In their Initial brief they concede the SCRA “applies to this situation, and [Mr. Garvin’s] loan payments should have been credited with a reduced interest rate during his active duty…” They also concede that “Subsection (e) of 527 is entitled ‘Penalty’ and reads, ‘Whoever knowingly violates subsection (a) shall be fined as provided in title 18, United States Code, imprisoned for not more than one year, or both.’ 50 U.S.C.A § 3937(e).” Yet, rather than trying to make amends for their admitted, jailable offense committed against a member of the United States Army, the bank and their lawyers appeal.

In the 80s, we were introduced to the phrase “trickle down economics.” From what I see in this and so many other cases, the only thing trickling down from Wall Street is fraud, greed, arrogance and a complete disregard for the rule of law.

END_OF_DOCUMENT_TOKEN_TO_BE_REPLACED

As is the norm, I drafted and recited a poem at this year’s office holiday luncheon.  Here is this year’s:

If I could have your attention please

END_OF_DOCUMENT_TOKEN_TO_BE_REPLACED

This was one of our more complex cases.  Suit was filed in mid-May, 2009. There were ten trial orders setting the case for trial. Ultimately, trial started in February of 2015 and was spread out over three days, months apart. Finally, in June of 2015, trial was concluded – with a dismissal in favor of our client!

Here are the highlights of this great win for our war hero client:

When suit was filed, the Plaintiff didn’t attach even a copy of the note to Complaint, as is required by Florida Rule of Civil Procedure 1.130. Subsequent to filing suit, they filed a copy of a note with an allonge. We often “joke” in the industry that an allonge is a French word for fraud but it is legally defined as an indorsement to the note made on a separate piece of paper, which must be firmly affixed to the note. The Plaintiff later filed an “original” note but the “original” didn’t have that allonge. At trial, they suddenly claimed the allonge was lost.  After all this time, the Plaintiff never moved to amend their complaint to plead lost note and attach the note with a copy of the lost allonge.  There is an abundance of law which holds that the parties are bound to their pleadings.  The pleadings frame the issues for trial and, generally, what the Plaintiff pleads in their complaint, limits what they can raise and attempt to prove at trial.  Without a court order, agreement between the parties or implied consent, a party cannot suddenly switch their theory of recovery at trial for the first time.  Regardless, the Plaintiff never proved up any of the elements required to enforce a lost note.

END_OF_DOCUMENT_TOKEN_TO_BE_REPLACED

If you’ve watched any courtroom drama movie or TV show, chances are you’ve probably seen a lawyer stand up and say, “Objection, hearsay!” Hearsay is an oral or written statement, as well as some “non-verbal conduct,” made out of the courtroom, being offered to prove the truth of what was expressed. Hearsay is generally not admissible but, like almost everything else in law, there are exceptions. One of those exceptions is for out of court written statements that are “business records.” The generally accepted idea behind the exception is that true business records are “relied upon by a business in the conduct of its daily affairs and the records are customarily checked for correctness during the course of the business activities.” C. Ehrhardt, Florida Evidence §803.6 (2015 Edition).  As is often said, they have the “indicia” of reliability.

Until recently, the law on this issue was straightforward in Florida, with good guidance from the several cases around the state. The seminal case was from the Supreme Court of Florida, Yisrael v. State, 993 So.2d 952 (Fla. 2008). In Yisrael, our state’s highest court enumerated three ways one can get a business record into evidence. The “traditional route… requires that a records custodian take the stand and testify under oath as to the predicate requirements.” Id. Those requirements are that “(1) the record was made at or near the time of the event; (2) was made by or from information transmitted by a person with knowledge; (3) was kept in the ordinary course of a regularly conducted business activity; and (4) that it was a regular practice of that business to make such a record.” Id. Prior to the foreclosure crisis, the law has also been very clear that every witness, who is not testifying as an expert, can only testify as to matters on which they have “personal knowledge,” as per Florida Statute §90.604. That is, their “testimony must be based on matters perceived by the senses of the witness.” C. Ehrhardt, Florida Evidence §604.1 (2015 Edition).

Then, on January 7, 2015, the Fourth District Court of Appeal issued Bank of New York v. Calloway, 157 So.3d 1064 (Fla. 4th DCA 2015). In Calloway, the Court held that “[w]here a business takes custody of another business’s records and integrates them within its own records, the acquired records are treated as having been ‘made’ by the successor business, such that both records constitute the successor business’s singular “business record.” Id. Citing to United States v. Adefehinti, 510 F.3d 319, 326 (D.C.Cir.2007), as amended (Feb. 13, 2008). Apparently the Fourth District is saying that the four prongs enumerated by the Florida Legislature and restated by the Supreme Court of Florida in Yisrael v. State, 993 So.2d 952 (Fla. 2008), as well as the personal knowledge requirement of Florida Statute §90.604 are no longer needed because the bank “confirmed the trustworthiness” when it ” ‘reviewed’.. the pay histories ‘for accuracy.’ “Calloway, 157 So.3d 1064 (Fla. 4th DCA 2015).

END_OF_DOCUMENT_TOKEN_TO_BE_REPLACED

Had another trial win recently – thankfully, we have been on a roll, winning multiple trials back to back to back! In this particular case, the original lender and the Plaintiff are Flagstar.  Attached to the Complaint is an unendorsed note, payable to Flagstar.  As is common in foreclosure cases, the Plaintiff substitutes in Green Tree a few months back and shows up at trial with note, endorsed, in blank.  I object to note as being outside the scope of the pleadings, citing to Holub v. Holub – parties are bound by their pleadings, and 1.130 – attachments to pleadings are considered a part of the pleading for all purposes.  Judge listens and goes back and forth but lets the note into evidence, with a smile to me. I think she’s hinting she knows this might later be a problem if the Plaintiff doesn’t move to amend their complaint and, more importantly, it could be a standing at inception issue.

After direct examination of the bank’s witness, Christopher Ly, a rigorous cross examination ensues resulting from him trying to be cute and not answer my questions.  I keep hammering him and the Judge never stops me.  Eventually, he capitulates and gives in, just in time for my cross on no evidence to show possession at inception, condition of note at inception and when the endorsements were placed on the note.  He wasn’t there when the note was endorsed, he didn’t see the endorsement placed on the note, he didn’t place the indorsement on the note, he didn’t possess the note at anytime, etc., and more….  that was fun.

After much argument, the Judge agrees the Plaintiff has not met their burden.  She agrees pleadings are not evidence, period, and will not make a “leap of faith,” as per Deutsche Bank v. Huber. (“However, this court does not make “logical and equitable” leaps of faith, as it cannot (and should not) make any such determination unsupported by the record before it.“) Beautiful!  The Plaintiff never proved who had possession at inception.  The only thing we know is there is now a note endorsed in blank and no one knows where the note was at any time prior to today.

END_OF_DOCUMENT_TOKEN_TO_BE_REPLACED

A few years ago, great lawyers who are pioneers in our field, tried to blaze a trail alleging fraud in a foreclosure case. The case went all the way up to the Supreme Court of Florida. Despite finding that “many, many mortgage foreclosures appeared to be tainted with suspect documents,” the Court ultimately held that since the bank didn’t get away with it, it’s not fraud. Pino v. Bank of New York, 121 So. 3d 23 (Fla. 2013). The Florida Supreme Court would not even commit to stating that sanctions would be warranted for the bank’s attempted use of fabricated evidence. Id.

Before the case reached the highest court in our state, Justice Polen relayed the words of Justice Farmer, writing that:

Decision-making in our courts depends on genuine, reliable evidence. The system cannot tolerate even an attempted use of fraudulent documents and false evidence in our courts. The judicial branch long ago recognized its responsibility to deal with, and punish, the attempted use of false and fraudulent evidence. When such an attempt has been colorably raised by a party, courts must be most vigilant to address the issue and pursue it to a resolution.